According to a French health and safety organisation (Anses), electromagnetic waves emitted by tablets, smartphones, computers and televisions can have harmful effects on cognitive functioning in children -that is, on their memory, attention and coordination, but also on their general well-being…. Experts recommend that screen exposure is limited for young children and they came up with the 3-6-9-12 rule. Read on to find out more.

We know already that watching screens (TV, tablet, smartphone, computer etc.) for a period of time, especially before going to sleep, provokes fatigue, sleep problems, stress and anxiety. Because of the light and sound stimulation emitted from these screens, the brain concentrates on this virtual world and finds it difficult to relax, even after the screen exposure, which is especially problematic when you are trying to go to sleep. What’s more, electromagnetic waves alter the development of memory, attention and coordination among young children.

This is why is is recommended that screens are avoided completely for children under 3 years of age.

Many parents allow their children under 3 to play with their mobile phones  to occupy them and calm them, and around half of all children under 3 spend an average of 30 minutes per week on an interactive screen, not to mention the time spent in front of the television.

Up until 3 years of age, a child needs to develop their sense of space and time through the stories we tell them and through creative and interactive games that do not involve screens. Spending time in front of a screen prevents them from spontaneously interacting with their environment, which may hinder their development.

If you have a touchscreen tablet, wait until your child is at least 3 years old before allowing them access to it, limit the time they spend on it and supervise what they are doing, to ensure it is used only to complement their traditional toys and games.

“6”: no video games for children under 6

Between 3 and 6 years of age, your child is developing their imagination. They learn how to use their hands by drawing, using modelling clay, painting, baking, etc. Playing video games hinders the development of your child’s motor skills and creativity.

By the same token, time spent in front of any type of screen for a child in this age bracket should be very limited in order to prevent addiction.

Computers can be used for family games or for learning, but the child should be supervised at all times.

On the other hand, avoid having a television or a computer in the child’s room and establish clear rules about screen time, to ensure they do not get addicted.

The majority of apps available for children on tablets are individual games, that the child plays alone. This is time that the child is not spending with their friends or trying to make friends, and can have a negative effect on their behaviour at school and in the community.

“9”: no internet for children under 9 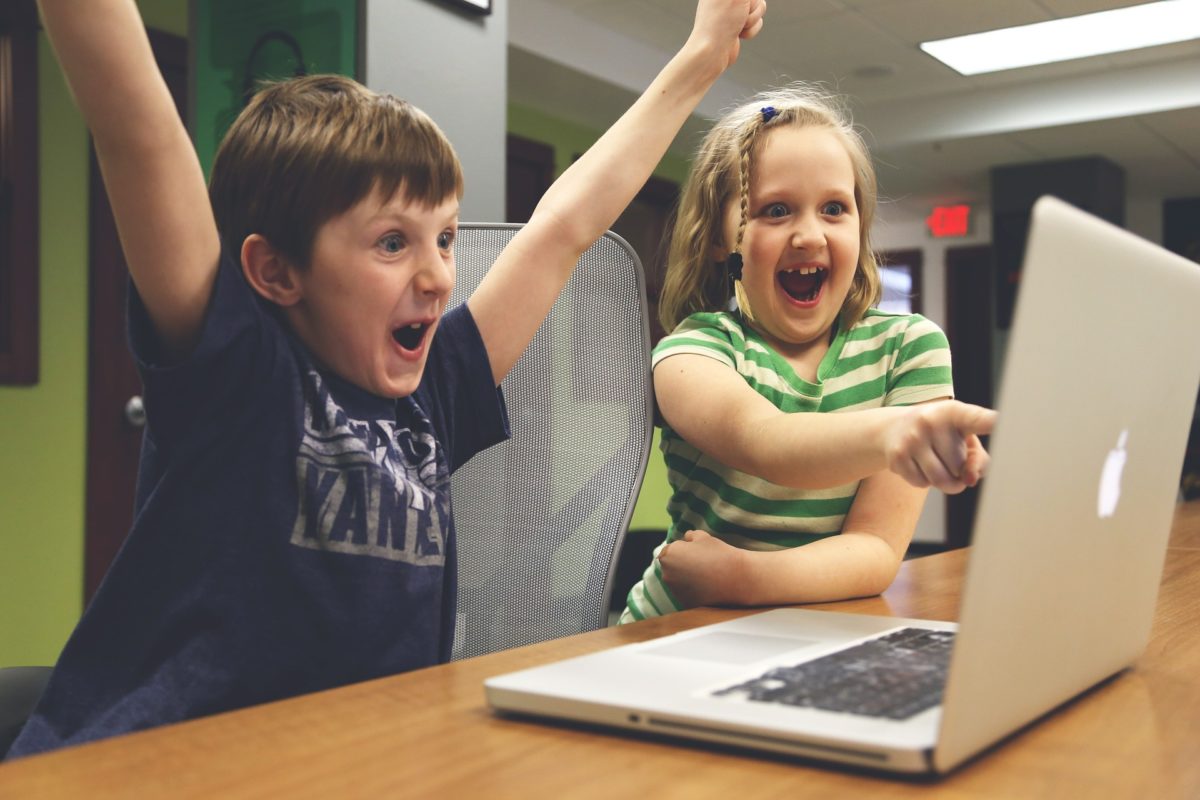 The first time you allow them online, it is best to supervise your child of 9-12 years old in order to enforce YOUR rules as well as a few fundamental rules:

Between 9 and 12 years old, your child is heading for adolescence and secondary school, where peer pressure gets stronger to have a mobile phone.

However, it is up to you to decide the age at which your child gets their own phone, with a limited price plan.

“12”: no unsupervised internet for children under 12

For children under 12, even if they are very comfortable with computer use and with the internet, outline the rules clearly.

For example, you could agree certain times for surfing the web, make sure there are parental controls on your computer that limit access to certain sites, and don’t allow them keep a computer, a laptop or a tablet in their bedroom at night, especially with unlimited internet access.

When your child starts secondary school, it is recommended that you discuss downloading, piracy, pornography and trolling/harassment/cyber bullying with them.

It is essential that you limit the amount of time your child spends exposed to luminous screens, because this can damage their eyes and lead to vision problems, mood problems and sleep difficulties.

In the same way, in order for your child to grow and develop healthily, they need physical activity and sport, and to learn how to have fun while moving around.